One evening during darshan Babaji said that He would make an important announcement the next morning in the garden. I was serving people in the shop and arrived as usual slightly later in the garden. Babaji was sitting quietly chatting a bit with a villager who was present while all the devotees sitting around in the garden. After some 10/15 minutes it seemed darshan was coming to an end and I was wondering about the announcement. I asked somebody next to me who said “it already happened, it was very short.” So what was Babaji’s message I asked. There will be soon kranti, a big and total destruction of the world and only 25% will survive. Repeat Om namah Shivaya, that is all. I was completely stunned. My mind started to gallop around the world. Personally I was feeling very safe in Herakhan at Babaji’s feet but what about my family and loved ones at home ? After Darshan I wrote several letters to those who needed to be saved in my mind. But what can these people understand of the importance of this prophecy babaji made. They had no relationship or particular respect for this “man” who had hijacked raghuvir’s heart.
In the months that passed I understood it was not the first time Babaji said this but had spoken many times about the kranti. In the years after also I heard babaji speak many times about the kranti. I must admit that at a certain point I received these speeches as oh it is a kranti speech again without internal commotion. 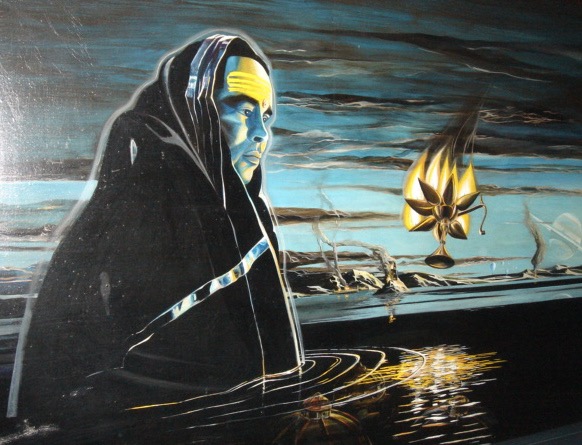 Shortly after Babaji went in samadi 1984 the prime minister of India, Indira Ghandi was assassinated by her bodyguard. This provoked massacres all over northern India where the “tribesman” of the perpetrator where killed and burned in the streets by scores. In Herakhan we thought that kranti had started now. But now very long after the country calmed down and life came back to normal.
A few months later a chemical factory exploded in Bhopal, India and the poisonous fumes killed thousands of people in their sleep. We all remembered that babaji had said people would die in their sleep so again we saw it as kranti has started…..but the world went on it’s usual business and all was normal again after a while. This happened from time to time when disaster struck somewhere….
The year 2000 was also a landmark on the dark prophecy calendar but apart fro lots of fireworks nothing exploded. The end of the maya calendar in 2012 was another big end of the world moment in various prophecies but…….

Never the less kranti seems to be advancing deeper an deeper into the world. Natural disasters of various natures, wars are predominantly on the news with threats of much more, outbursts of contagious diseases. The interest of people in general is very shallow and mainly focussed on the material world. What can be abused is and will be abused.
The future date for the doom and gloom calendar is getting in focus now and various prophecies are filling up the internet which serves so well in spreading the good, the bad and the ugly in lighting speed. Never in history we have been able to spread information, often false, for personal motives, fear included all around the world. How to discriminate ?
The next predicted apocalypse will be in Autumn where disaster will reach us from far out of the cosmos. The different prophets vary with their impact on the world but it will be total and enormous. Are we going to prepare with stockpiles of water, rice and candles on mountain tops and caves ? I do not recall Babaji advising us like this about the kranti. 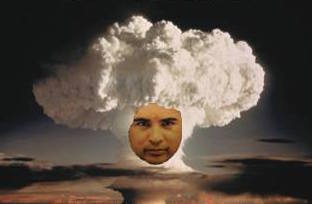 He told us that Om namaha Shivaya is stronger then the atom bomb ! He told us to have faith and courage to face whatever comes our way. He told us to serve and help humanity and not to worry about your own safety and fortune. Babaji has promised his devotees ABAYAN, His full protection ! So His devotees have nothing to worry about, but a lot to do in this ever degrading world !
Have faith that Babaji will guide you in an hour of need.

Whether kranti is going to hit in a big bang and sliding ever more down into ignorance and confusion the duty of His devotees is service to humanity !
Fear makes us weak ! Have faith, be courageous and free yourself from fear. Think off and serve others !