“…In February, 1981, after completing a nine-day yagya in Bombay, Sri Babaji and a small party flew to Calcutta for a brief stay, at the urgent request of Sri Sib Narayan nandi. Nandi Baba, as Sri Nandi was called, not only wanted Sri Babaji to bless his house and household and devotees in Calcutta by His visit, but he also wanted his long-time family guru, Sri Sri Sitaram Das Onkarnathji, to have Sri Babaji’s darsan..
Sri Sri Onkarnathji was then in his early 90’s, an widely known and recognized miracle-working saint, and guru to tens, perhaps hundreds of thousands of Indians and foreigners, with ashrams in fifty-five or sixty of India’s holy places.

On the day after His arrival in Calcutta, a large hall was furnished to allow Sri Babaji to give darsan to His devotees. Sri Sitaram Das was brought to this place in a car and carried on the shoulders of one of his devotees to the door of the reception hall where Sri Babaji sat. People were full of curiosity to see what would happen when the established, 90 year old saint met the young looking Babaji.

At the door, Sri Sri Onkaranathji got down from the shoulder of his devotee and, with difficulty, walked up the aisle to Babaji’s dais. There, Sri Sri Onkaranathji prostrated himself – lay flat on the flour – before Sri Babaji.
Then, refusing the offered dais and still sitting on the floor, with folded hands and flowing tears, he told Sri Babaji that he had completed the work that Babaji had assigned to him.
Then he stood up and told the assembled people: “Sri Sri Babaji is God and I am His servant. He is Akhan Parambrahma Omkar Bhagavan, I Have seen Him as Lord Krsna. (Lord Krsna is the God Sri Sitaram Das worshipped)…”

Shared in the book: “I am harmony – The book about Babaji” by Rade Shyam.

One Account – Meeting and Prediction
We were returning to Herakhan from a Yatra and stopped overnight at a large quest house. Excitement in the morning grew as news and  the time of arrival of Sri Sri Sitaram Das Omkaranathji grew closer. It seemed a big deal because Sri Sitaram  was a well known saint with tens of thousand of devotees and here we were with Bhole Baba who could just as well be home at Herakhan with ten devotees around him. My personal curiosity was always looking to see who recognized Babaji and what kind of people were around him – something to this day I cannot make rhyme nor reason of.
My only sense of Babaji’s interest in this visit was that he commented about my appearance. Typically I shaved every day. But I had cut my face and was sporting a two day growth. ( It always amazed me that  Babaji himself only had a few random hairs on his face and he never shaved). That morning Baba  said to me – What ! Today, you have stopped shaving? Babaji was very careful about hospitality and I had breached some hospitality etiquette by not shaving for this guest.
When Sri Sitaram  arrived he prostrated himself in front of Babaji’s room. Babaji came out, held his hands together in greeting and there was a great shouting and cheering. A loud proclamation was made that Babaji was Sat Guru  – teacher to all teachers.  Mala’s were distributed, some prasad passed around , people sat and talked. At some point Babaji, Sri Sitaram and Shastriji went into Baba’s room and then after about an hour the visit was over.
Sri Sitaram was himself  quite an old man. The word he left behind was that Babaji would not reach an old age. The explanation as I heard it was that Babaji’s spiritual presence and work on the planet were too intense for a physical body to long carry. The conversation  was that, as a rule,Maha Avatars like Babaji  did not stay in bodies for more than about fifteen years – and so it was.
With memories and love – Lok Nath 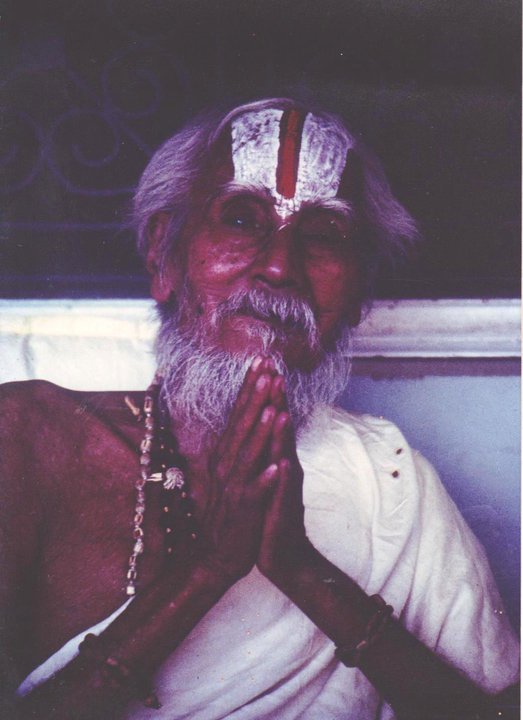 Babaji was in our home in Allahabad when Shri Nandiji was making these frantic calls to Babaji to come to Kolkata to visit Sri Sri Sitaram Das Omkaranathji who was in the hospital.
Babaji told him that He has to first go to Bombay and then can come to Kolkata.
So He left for Bombay from our place and told us to come directly to Kolkata.
Nandiji went to Bombay and brought Babaji by flight to Kolkata.
We received Him at the airport and He went straight to the hospital to meet Omkarnathji and gave Ganga water in his mouth, for which he was waiting.
The same night we got the news that Omkarnath Baba left his body.
The next morning during aarti Babaji made the announcement that the soul of Omkarnathji had entered Shri Munirajji and immediately hundreds of devotees of Omkarnath Baba performed aarti to Munirajji and made their pranaams.